Towards A Global Ethic: Reaffirming Our Commitment to Interfaith Harmony on Parliament Anniversary | parliamentofreligions.org
Skip to main content

Towards A Global Ethic: Reaffirming Our Commitment to Interfaith Harmony on Parliament Anniversary

Dear Members and Friends of the Council for a Parliament of the World’s Religions:

END_OF_DOCUMENT_TOKEN_TO_BE_REPLACED 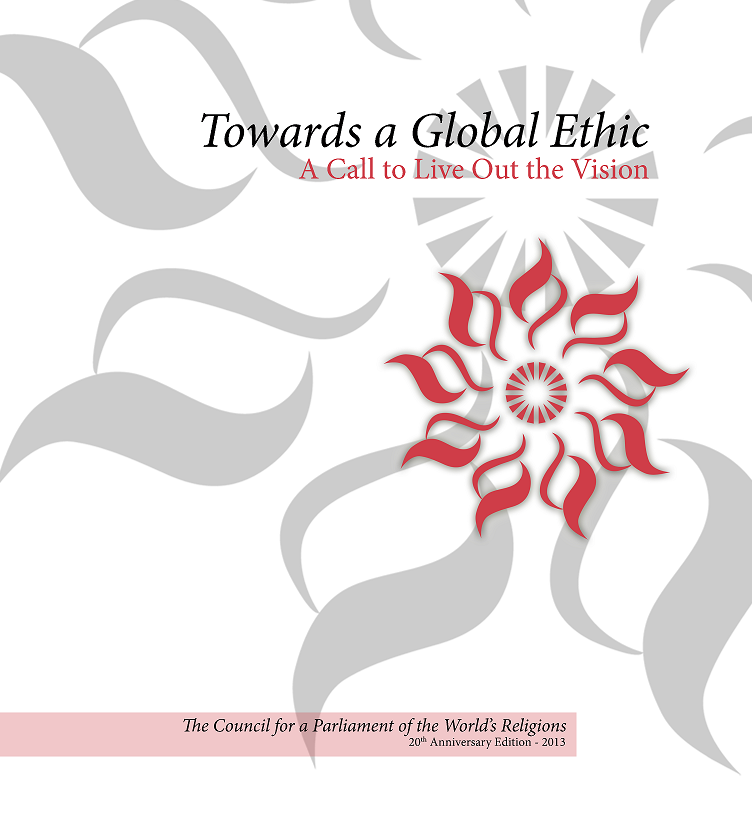 A Preface by Imam Dr. Abdul Malik Mujahid, Chair of the Board of Trustees

Human interconnectedness has been transformed dramatically by technology. However, our hearts and our minds are yet to be aligned with the God-given ideals of sharing more and consuming less to achieve better results for the humanity.

In a world where more than a billion people live under two dollars a day; where 45 million people are fleeing conflict and persecution; where fear, hate, and anger are rising, we have a responsibility to be good neighbors, to be compassionate, and to live by the Golden Rule.

The Parliament of the World’s Religions has been ahead of its time in envisioning a better future. Almost a century before the word “global village” was introduced in 1962, the Parliament literally invented the gift of interfaith for our world.

It was also well ahead of its time when the Declaration Toward a Global Ethic was issued at the 1993 Parliament. For the first time in history, representatives of all of the world’s religions agreed on the shared ethics that are grounded in their own religions and traditions:

• The principle of shared humanity

• The Golden Rule of reciprocity

• A commitment to peace and justice

In the last 20 years since the signing of this declaration, people have collected more than 700,000 pieces of content on this topic. There are organizations that have been established based on its theme. Some of these include the Global Ethic Foundation, the Institute for Global Ethics, and the Global Ethics Network. We have also seen the development of campaigns based on topics we advanced, such as the Charter of Compassion, a Charter of Forgiveness, A Common Word Between Us and You, and campaigns to promote the Golden Rule.

So at this juncture, on the 20th anniversary of the 1993 Parliament, we at the Parliament reaffirm our commitment to interfaith harmony by reissuing the Global Ethics and by reasserting our mission: to cultivate harmony among the world’s religious and spiritual communities, and to foster their engagement with the world and its guiding institutions in order to achieve a just, peaceful and sustainable world.

Let us, then, friends, share more and consume less!

Let us work hand in hand to change ourselves while saving the only planet we have.

May God open our hearts toward our neighbors. May our Creator open the hearts of our neighbors toward us. Amen.

This preface leads the 2013 reaffirmation of the vision of the Global Ethic penned by Parliament Chair, Imam Dr. Abdul Malik Mujahid on the occasion of the 20th anniversary of the document. Join Imam Mujahid, the Parliament, and this generation’s voices for peace by signing the 2013 Call to Live Out the Vision Toward a Global Ethic!