365 pebbles a year | parliamentofreligions.org
Skip to main content
By
Parliament of Religions

at the Parliament of the World's Religions

at the Parliament of the World's Religions

END_OF_DOCUMENT_TOKEN_TO_BE_REPLACED

Parliament Chair, Audrey E. Kitagawa was invited to write a featured article for the Daily Financial Times, Sri Lanka. The article was published on Wednesday, June 19th, 2019 and appeared originally on the Daily FT online platform.

It was a quiet, beautiful Easter Sunday on April 21, 2019, in New York City where I was being driven from my apartment in Manhattan to a celebratory holiday meal with dear friends in New Jersey, USA. It would be a day to give blessings of gratitude for the bonds of friendship drawn through our love and respect for each other over the years, the bountiful food, and remembrance of the day’s significance for Christians all over the world; the resurrection of Jesus, the Christ, from the pain and death of his  crucifixion. 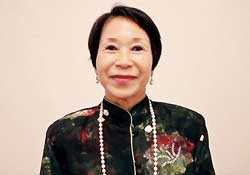 I was raised in a Shinto, Buddhist home, not at all unusual for a Japanese family, where these two religions have peacefully co-existed for centuries in Japan. My grandparents left Japan to work as contract labourers on the sugar plantations of Hawaii, a tiny archipelago of islands in the middle of the Pacific Ocean, where first my parents, then my siblings and I, were born and raised. When we were children, my parents sent us to a Christian Sunday school, conveniently located across the street from our home.  I attended a private university in California, (which was founded by a Protestant horticulturist, a Catholic pharmacist, and a Jewish banker), and a Jesuit (Catholic) law school in Boston, Massachusetts.

I traversed the continental United States and studied philosophy, religion, political science and law. I came to appreciate the underlying universal messages of the different religions that all of life is intricately woven together by an enduring fabric of love. This love ultimately transcends the particularised forms and structures of any religion, and moves us to that shared ground of Being in which we are all unified.

On that Easter Sunday, I heard breaking news of the tragic bombings of Christian churches and hotels in Sri Lanka that were being reported as co-ordinated attacks. My heart sank and I was filled with sadness. How the people of Sri Lanka suffered, having endured a lengthy, 26-year civil war that ended in 2009. Finally at peace within itself, the country was busily ramping up its tourist industry, rebuilding, and hopeful of bringing prosperity to the people who endured great distress during the war.

My mind went back to December, 2003, when I first visited Sri Lanka with two members of my spiritual community to undertake an on-the-ground assessment of schools, hospitals and communities in Padaviya, Cheddikulam, Gomarankadawala, and Puttalam.

“The change of consciousness again and again brings the overwhelming impression that the world is a system of love. Everything fits into place in an indescribable harmony.”  Alan Watts

I returned again in June, 2004 with approximately sixty three members of my spiritual community and a large, 40’ shipping container of clothing, school supplies, and medical supplies to distribute to the Sri Lankan communities that we visited in 2003. Whether these communities were Sinhalese, Tamil, Muslim or Christian, everywhere we went we were greeted with a spirit of generosity, hospitality and camaraderie that was authentic and palpable.

I loved the beautiful smiles of the children, the abundant gift of newly picked flowers, fresh cut coconuts that slaked our thirst, delicious homemade sweets, a school marching band, and the cultural exchanges of songs and dances of Sri Lanka, with the songs and dances of Hawaii. I was moved to tears to witness such generous hospitality.  We visited the modest homes in the villages, community centres, refugee camps, sacred sites, and watched in awe at the occasional sightings of elephants in the jungle. Sri Lanka was lush with vegetation, and tropical fruits reminiscent of Hawaii. It was hard to believe that the country was in a civil war that would ultimately claim 100,000 lives. Outwardly, all seemed so peaceful and calm.

Our trips were successful and without incident. We had trusted guides who knew the country well, and were vigilant about our safety and protection. I was amazed that they knew the villages, communities and persons to visit without any GPS system in their cars, no street signs anywhere, and no road maps on hand to which they referred. 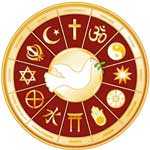 I also sensed a profound connectivity of the people with nature and to the many diverse communities that comprise the population. The village roads they walked at night without any electricity to light their paths, the daily tasks of fetching water from wells with hand pumps, and the elephants coming into their villages creating discomfort as the animals and people tried to find ways in which to share increasing encroachments by the other on limited territory.

As I stood on the large, flat plateau at the zenith of Mt. Sigiriya, I was in wonderment at the genius of the Sri Lankan ancients who knew how to get fresh water to the top of a 370 meter high solid rock formation with a large pool of water still filled since it was first built centuries ago. How did they do it? What unique system of hydraulics did they utilise to fight gravity that says water runs downhill?

Everywhere I went I witnessed the reverence of the people for sacred sites, people hard at work, (especially the women, who took care of their families, worked the fields and also did arts and crafts to bring in extra income to their families). Life was teeming with a great wisdom underlying all of the busy, external activities of daily living that spoke of a love for family, community and country, and a deep, unspoken longing for peace.

I rejoiced when peace came to Sri Lanka and the civil war was finally brought to an end in 2009. The light of hope was shining brightly for a future of stability, economic development, and an opportunity to flourish in peace.

Fifteen years after my last visit to Sri Lanka in 2004, I returned for a conference there in September, 2018. I stayed at the Shangri-La Hotel, built along the beautiful coastline of Colombo. Peace was indeed bringing perceptible economic development and prosperity.  I could feel the enthusiasm and dynamism in the country, as the Government and its citizenry worked hard to promote its tourist industry which seemed to be thriving. All appeared to be moving on a positive trajectory, and I departed Sri Lanka celebrating the benefits that peace brought to the country.

Suddenly, the devastating bombings occurred. It was a shocking jolt that suspended all sensibilities. The recent tragedies of the bombings of the Christian churches and hotels in Sri Lanka, the shootings at the mosques in New Zealand, and the synagogues in Pittsburgh, Pennsylvania, and San Diego, California, and all of the violence taking place around the world, accelerated my own inner resolve to do my part, however small it may be, to help make this world a better place.

Interfaith dialogue and co-operation are increasingly important modalities to counter the polarisation of religious communities against each other. Such polarisations destabilise economic prosperity, lives and societal tranquillity. To succumb to such polarisation is to give further fuel and support to hatred, sectarianism, and violence. Our real work is to fuel and support peace, harmony, respect for others, and to discover ways in which we can deepen our understanding and appreciation of each other’s religion, culture, and traditions. We need to join hands and co-operate to address local, national and global challenges together because collective efforts can create a tipping point for positive transformation.

The Parliament of the World’s Religions’ Global Ethic, is a living document that expresses the ethical commitments held in common by the world’s religious, spiritual, and cultural traditions and acknowledges the importance of:
1. respect for life,
2. economic justice,
3. truth and compassion,
4. women’s rights, and
5. care for the earth.

It is a practicum that transcends religions, but which simultaneously emerges from that sacred wellspring from which all religions arise. Its principles inspire deep inner reflection on core values which embrace all peoples whether they are adherents or non-adherents of any faith tradition. It deeply honours our beautiful earth-home upon which we all live as one family of interdependent, diverse and complex sentient beings.

When our personal and global challenges seem too huge and overwhelming, let us recall Mother Theresa’s words of wisdom when she said, “Not all of us can do great things, but we can do small things with great love.”

As I scan the horizon of the vast ocean of life, I bear witness to the multitudes of peoples everywhere casting their pebbles of loving kindness into an Ocean of Oneness every day, merging into the great confluence of the evolutionary flow of human consciousness that is returning us to the Source from whence we all came, and my heart softly sings in quiet joy, a song of peace and harmony born out of love.

Audrey E. Kitagawa is the current Chair of the Parliament of the World’s Religions, one of the world’s oldest and largest conveners of communities of faith. Its mission is to cultivate harmony among the world’s religious and spiritual communities and foster their engagement with the world and its guiding institutions in order to achieve a just, peaceful and sustainable world. Audrey E. Kitagawa is also the President of the Light of Awareness International Spiritual Family, President/Founder of the International Academy for Transcultural Co-operation, and the former Advisor to the Office of the Special Representative of the Secretary General for Children and Armed Conflict at the United Nations.
Read the Parliament statement on the Sri Lanka attack.
Sign in to Post a comment