The 1999 Parliament of the World’s Religions in Cape Town, South Africa 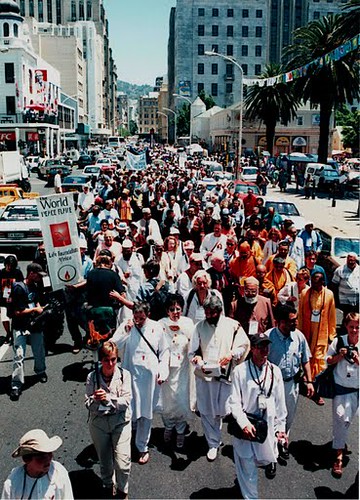 The 1999 Parliament of the World’s Religions was held in Cape Town, South Africa, December 1-8, 1999. Nestled against Table Mountain and overlooking the Atlantic Ocean, Cape Town is home to many races, religious traditions, and cultural varieties. Religious, spiritual, cultural, and civic leaders, groups, and communities worked enthusiastically in partnership with CPWR to make the 1999 Parliament an unforgettable gift to the world.

At the 1999 Parliament over 7,000 people from around the world –– teachers, scholars, leaders, believers and practitioners –– came together to experience astonishing spiritual and cultural variety, to exchange insights, to share wisdom, to celebrate their unique religious identities; in short, to be amazed, delighted, and inspired. At the same time, participants wrestled with the critical issues facing the global community, learning about the world situation, and seeking the moral and ethical convergence that leads to shared commitment and action.

The 1999 Parliament of the World’s Religions was a celebration of hope and a vision of possible futures. It also gave powerful testimony to the good hearts and good will of the many thousands of people––from every part of the world, and from almost every religious and spiritual tradition––who believed that this gathering could indeed be the harbinger of a new day dawning.

It was not the intention of those who gathered in Cape Town to create a new religion, or to diminish in any way the precious uniqueness of any path. Instead, they come together to demonstrate that the religious and spiritual traditions and communities of Cape Town, of South Africa, and of the larger world can and should encounter one another in a spirit of respect, and with an openness to new understanding. They joined with one another in a spirit of dialogue and cooperation, seeking to discover new ways to rise to the challenges and the opportunities of life at the threshold of a new century. And they came with the realization that as each of us reaches out to the transcendent in her or his own way, somehow, we are no longer strangers to one another.

Themes of the 1999 Parliament 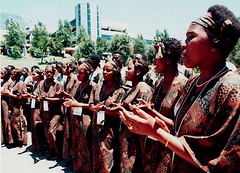 The 1999 Parliament of the World’s Religions offered countless opportunities for discovery and inquiry—enabling participants to meet their own and others’ traditions at deeper levels. 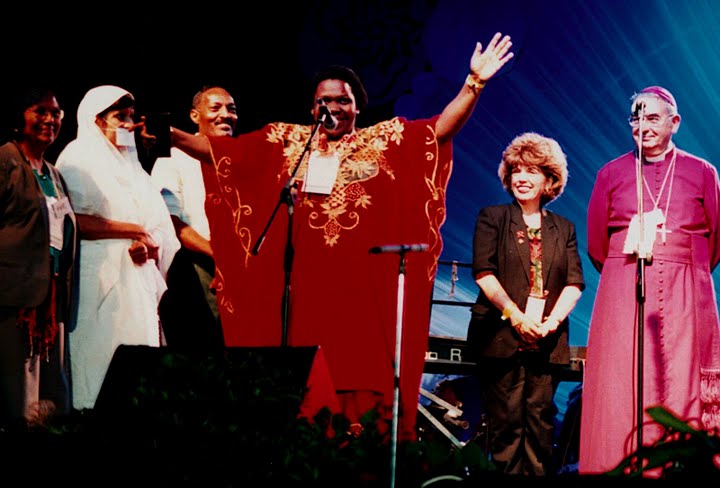 Participants daily encountered others whose practice, work and commitment could enrich their own. The Parliament created a setting in which it was possible to renew ties with adherents of one’s own traditions, while forming bonds with persons of other faiths and cultures. 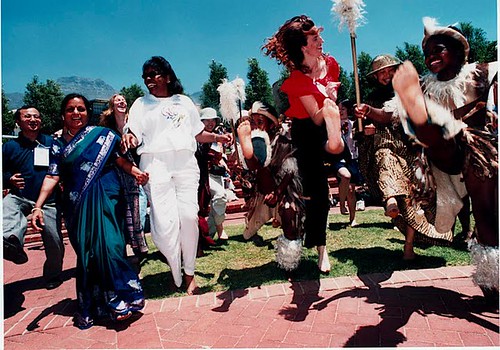 At the 1999 Parliament, the Council for a Parliament of the World’s Religions presented a new document, A Call to Our Guiding Institutions, addressed to religion and spirituality as well as to several other of the world’s guiding institutions. This Call explores new modes of creative engagement of each institution with every other and with the critical issues which confront the planetary community. Assembly participants met during the final three days of the Parliament, working to envision hundreds of new projects/gifts of service that might be created around the world. 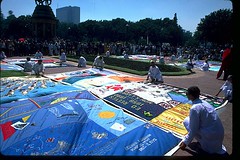 The 1999 Parliament inspired hundreds of indi- viduals, organizations, and religious and spiritual communities to offer gifts of service, which will make long-term differences in the world. Participants received a copy of the 1999 Parliament Book of Gifts, which featured over four hundred exemplary projects offered on the occasion of the Parliament. 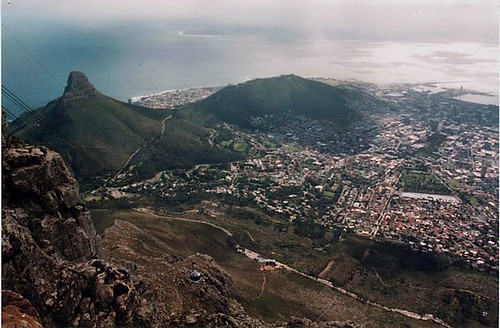 The 1999 Parliament brought the religions of the world together, in a spirit of hope and possibility, at a critical moment in the history of South Africa. Its people, its traditions, and its rich story provided some of the Parliament’s most profound experiences.