Cape Town 1999: Gifts of Service to the World

Gifts of Service to the World 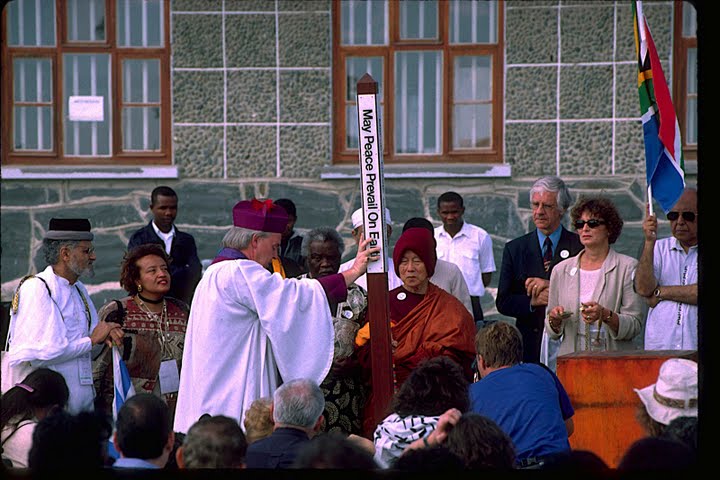 One of the most exciting and rewarding dimensions of the 1999 Parliament was the Gifts of Service project. CPWR staff worked for nearly two years to identify communities and groups willing to offer their “Gifts” (projects undertaken to relieve suffering, promote harmony, and build a better world) on the occasion of the Parliament. At the Registration center in Cape Town, participants received, along with their Program catalogue and copy of the event’s signature document, A Call to Our Guiding Institutions, a copy of the 1999 Book of Gifts, with descriptions of over 300 projects now underway in various parts of the world.

The Gifts of Service highlighted at the 1999 Parliament serve as examples of the creative, constructive, and transformative power of groups, organizations, and communities that choose to make a difference in the world.

At the event, problems of scheduling and a program that was in some respects simply too rich resulted in very poor attendance at some of the presentations of Gifts of Service. CPWR is committed to remedying that flaw in future Parliaments, in which Gifts will continue to play a very major role.

In addition to the Gifts identified in advance of the 1999 Parliament, many projects were offered during the event. As soon as possible, these will be added to the roster of Gifts and listed on the website.

The following are just a few of the hundreds of Gifts shared at the Parliament: