Announcing the Fourth Lineup of Luminaries of the 2021 Parliament

The 2021 Parliament of the World’s Religions will premier in less than 85 days on the evening of October 16th. Thousands have already registered for the 8th historic convening of the global interfaith movement, don’t miss this incredible opportunity to connect with interfaith colleagues from around the world.

The Parliament is excited to announce the fourth round of luminaries that will be addressing the 2021 Parliament of the World’s Religions. These groundbreaking Voices of PoWR bring their unique experiences in founding change-making organizations and join the Parliament in highlighting the critical importance of grassroots engagement in the fight toward justice and equality.

The future of our planet and our movement can only be secured through intergenerational and intersectional work. It is befitting that a committed leader in interfaith understanding and the founder of the leading college-based interfaith organization in the United States joins us at the 2021 Parliament. 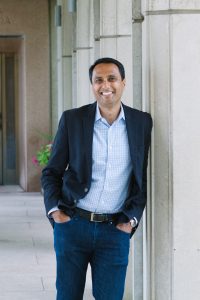 Dr. Eboo Patel is the Founder and President of Interfaith Youth Core (IFYC), a non-profit organization working to make interfaith cooperation a social norm in America. He is a respected leader on national issues of religious diversity, civic engagement, and the intersection of racial equity and interfaith cooperation. He is the author of four books and dozens of articles, and is a frequent keynote speaker at colleges and universities, philanthropic convenings, and civic gatherings, both in person and virtually. He served on President Obama’s Inaugural Faith Council.

Eboo’s contributions include the books Acts of Faith: The Story of an American Muslim, the Struggle for the Soul of a Generation; Sacred Ground: Pluralism, Prejudice, and the Promise of America; Interfaith Leadership: A Primer; and Out of Many Faiths: Religious Diversity and the American Promise. His op-eds and interviews have appeared in The New York Times, Washington Post, The Chronicle of Higher Education, on National Public Radio, and The PBS NewsHour. He also publishes a regular blog for Inside Higher Ed, called ‘Conversations on Diversity’.

In 2015 the Inaugural Women’s Assembly made history as the world’s great religious and spiritual communities gathered to uphold the dignity and human rights of women. The fight against gender-based violence, women’s dignity across the world’s religious and spiritual traditions, and countless other intersectional issues are critical aspects of the Parliament’s mission. At the 2021 Parliament, a passionate grassroots organizer makes her debut on the plenary stage sharing the critical importance of gender justice in the future of our movement. 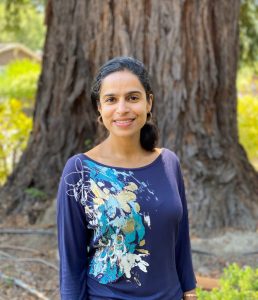 Mallika Kaur is a lawyer, author, and organizer who focuses on international human rights with particular attention to gender and minority issues in the United States and South Asia. Kaur has worked with victim-survivors of gender-based violence for two decades, including as an emergency room crisis counselor, attorney, researcher, and expert witness. She has also worked on issues of post-9/11 violence against minoritized populations; policing practices; and racial discrimination.

She is the co-founder and Acting Executive Director of Sikh Family Center, a community-based organization focused on promoting holistic health and well-being with a special focus on gender justice.

Mallika holds a Master in Public Policy from Harvard and a JD from UC Berkeley Law School, where she teaches social justice classes including “Negotiating Trauma, Emotions and the Practice of Law.” Kaur is the author of the book Faith, Gender, and Activism in the Punjab Conflict: The Wheat Fields Still Whisper (Palgrave Macmillan, 2019). She believes what happens inside a home is intimately connected to what happens inside a community as a whole: since struggles are interconnected, commitment to justice must never be selective.

Connect with the global interfaith movement live! The 2021 Parliament program provides a unique opportunity for religious & spiritual leaders, theologians, activists, and organizers around the world to highlight the power of the interfaith movement. Become an exhibitor or sponsor!