Announcing the Second Lineup of Luminaries of the 2021 Parliament

The Parliament is excited to announce the second round of luminaries that will be addressing the 2021 Parliament of the World’s Religions. These groundbreaking Voices of PoWR have dedicated their lives to intersectional service and justice throughout the world, and once again join the Parliament in addressing the theme, Opening Our Hearts to the World: Compassion in Action.

Faith-based interreligious engagement is a hallmark of the global interfaith movement. Since its early history, the movement has been mobilized and reaffirmed by individuals of faith and spirituality with a deep conviction to justice, peace and interfaith understanding. Across traditions, across nations, across conflicts; the interfaith movement has served as a steadfast path toward service and justice.  It is befitting to have a preeminent expert in interreligious dialogue join the 2021 Parliament. 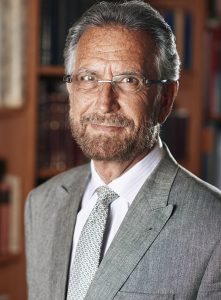 Rabbi David Rosen KSG, CBE, is the Jerusalem based International Director of Interreligious Affairs of the American Jewish Committee (the oldest American Jewish advocacy organization with more than 25 offices across the US and a dozen offices and representatives around the world.) The third son of the late renowned Rabbi Kopul Rosen, founder of Carmel College, David was educated in England and at yeshivot Mir and Har Etzyon in Israel.

In addition to Israeli military service in the tank corps, he served as the military rabbi in West Sinai, before going on shlihut with his wife Sharon, to South Africa, where he became rabbi of the largest Jewish congregation in the country in Sea Point, Cape Town and where he also served on the Cape Bet Din. In 1979 he was appointed Chief Rabbi of Ireland and after a period of five years’ service to the Irish community, he returned to Israel with his family, to take up the position of Dean of the Sapir Centre for Jewish Education in the Old City of Jerusalem.

Among his many current honorary positions, he serves on the Chief Rabbinate of Israel’s Committee for Interreligious Dialogue. He is an International President of Religions for Peace (the largest world multi-religious body), Honorary President of the International Council of Christians and Jews, and the Jewish member of the Board of Directors of the King Abdullah International Center for Interreligious and Intercultural Dialogue, established in 2012 by the King of Saudi Arabia together with the governments of Austria and Spain with the support of the Holy See. He is past chair of the International Jewish Committee for Interreligious Consultations (IJCIC, which represents world Jewry to other world religious bodies.)  Among many honors, Rabbi Rosen was made a Papal Knight by the Pope and a Commander of the British Empire (CBE) by Queen Elizabeth II.

The 2021 Parliament of the World’s Religions is a historic first for the organization as the global interfaith movement convenes virtually. It is apropos that a groundbreaking and inspirational leader, who delivered a historic address at the Inaugural Women’s Assembly at the 2015 Parliament and has dedicated her life’s work to service of communities in need, address this Convening on action. 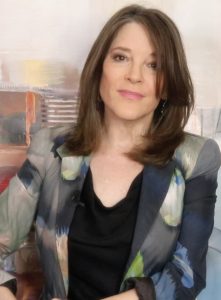 For over three decades Marianne has been a leader in spiritual and religiously progressive circles. She is the author of 14 books, four of which have been #1 New York Times best sellers. A quote from the mega best seller A Return to Love, “Our deepest fear is not that we are inadequate. Our deepest fear is that we are powerful beyond measure…” is considered an anthem for a contemporary generation of seekers.

Williamson founded Project Angel Food, a non-profit that has delivered more than 13 million meals to ill and dying homebound patients since 1989. The group was created to help people suffering from the ravages of HIV/AIDS.  She has also worked throughout her career on poverty, anti-hunger and racial reconciliation issues. She has advocated for reparations for slavery since the 1990’s and was the first candidate in the 2020 presidential primary season to make it a pillar of her campaign. In 2004, she co-founded The Peace Alliance and supports the creation of a U.S. Department of Peace. In addition, she advocates for a cabinet level Department of Children and Youth to adequately address the chronic trauma of millions of American children.

Intersectional interfaith cooperation is another hallmark of the global interfaith movement, and as our community prepares to gather this Fall, it is incredibly important to highlight the voices of leaders who have led the charge in these efforts. The Founder of United Religions Initiative, the world’s largest grassroots interfaith organization, will provide incredible insight in opening our hearts to the world. 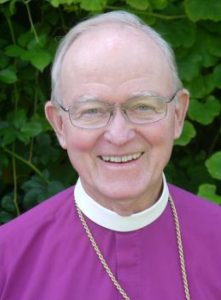 He served on the Board of the American Foundation for AIDS research for 20 years and has spoken throughout the world. He was instrumental in starting a capital development bank in Oakland. He is known as an outspoken leader about the standing of gays and lesbians in the church. He led the radical expansion of the Bishop’s Ranch in Healdsburg, California. Bishop Swing is the Founder and President of the United Religions Initiative. He is married to Mary Taylor Swing and has two children and three grandchildren.

Bishop Swing is an inspirational speaker and an author, most recently of A Bishop’s Quest: Founding a United Religions and The Sacred and the Silly: A Bishop’s Playful and Eventful Life. Both books are available on Amazon.com; the proceeds of book sales will benefit URI.

Don’t miss this historic Convening! New luminaries will be announced in the weeks to come. Sign up now to take advantage of a substantially discounted rate, the Super Saver Rate now extended to June 15th!

The 2021 Parliament program provides a unique opportunity for religious & spiritual leaders, theologians, activists, and organizers around the world to highlight the power of the interfaith movement. Considering a program? Want to feature a film? Interested in sharing a spiritual observance? It’s not too late.

The Call for Programs for the 2021 Parliament has been extended to June 30th!