Fifth Lineup of Luminaries of the 2021 Parliament Announced

With over 700 programs proposed, thousands of attendees registered, and many more luminaries yet to be announced, the 2021 Parliament of the World’s Religions will join previous Parliament Convenings in making history.

The Parliament is thrilled to announce the fifth round of luminaries that will be participating in the 2021 Parliament of the World’s Religions. These groundbreaking Voices of PoWR highlight their unique traditions and the immense beauty of their culture and spiritual traditions.

Join America’s most celebrated and critically acclaimed Native American musician of her time at the 2021 Parliament! 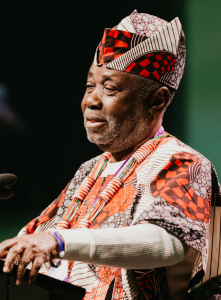 Professor Wande Abimbola, Awise Agbaye, is the Spokesperson for Ifa in the world, founder of Ifa Heritage Institute in Nigeria, former Vice-Chancellor of Obafemi Awolowo University, and former Special Adviser to the President of Nigeria on Cultural Affairs and Traditional Matters who is known worldwide for his knowledge of Indigenous Yoruba religion and Ifa sacred literature. 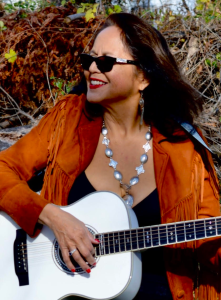 GRAMMY award-winning singer-songwriter Joanne Shenandoah has been capturing the hearts of audiences and trailblazing a path of peace through music throughout the world. Given the traditional name of Tekali-wha-kwah which means “She Sings” as well as “Liftin the Spirit” in her Haudenosaunee (Iroquois) language as a young child, her musical legacy embodies its full meaning.

The 2021 Parliament of the World’s Religions provides a unique opportunity for religious & spiritual leaders, theologians, activists, and organizers around the world to share their work with the global interfaith movement. Don’t miss out on Early Bird savings!