A Call for Help, The Call of the Global Ethic 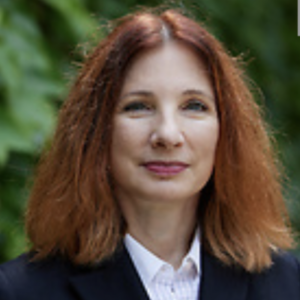 The following article is written by contributing author, Dr. Myriam Renaud from the Parliament’s Global Ethic Committee. The featured article was written as part of the Committee’s observance of Women’s History Month and reflects on a personal experience of Dr. Renaud’s,  the Global Ethic, and the role of religious leaders in stopping violence against women.

One warm summer night, as I returned from a full day of sightseeing, I heard a loud argument from my second-floor hotel window. The source of the noise wasn’t hard to find. Inside the high walls of a courtyard, a man was yelling at a woman. And then he started to hit her, punching her in the head. A small, older woman stood nearby, twisting her hands as she looked on.

This was not my country or my culture, but nothing about the situation was acceptable. There, or elsewhere, or anywhere, women should never be subjected to harm from their partners.

As a matter of fact, one of the ethical standards spelled out in the Parliament’s signature document, Towards a Global Ethic (An Initial Declaration), is a commitment to a culture of equal rights and partnership between men and women. More specifically, the Global Ethic states: “to be authentically human in the spirit of our great religious and ethical traditions means the following: We need mutual respect, partnership, and understanding, instead of patriarchal domination and degradation…”

And yet, as I helplessly watched, the man continued to hit the woman until she fell to the ground, motionless. Only then did he stalk away and the older woman rush to the younger woman’s side. I was a tourist, I didn’t speak the language, and I had no clue how to call for an ambulance or police. Still, I was certain that if I had heard and seen what happened, others surely had as well. I waited for help to arrive.

Help? The Global Ethic holds that the moral commitments it describes, including women’s rights, are already known by religious and non-religious people alike. It also acknowledges that those commitments are too often transgressed and ignored. Indeed, worldwide, nearly one out of three women aged 15-49 report having experienced some form of physical or sexual violence at the hands of their intimate partner.

The Global Ethic states, categorically, that the family, “despite all its cultural and religious variety, is [to be] characterized by love, loyalty, and permanence. It aims at and should guarantee security and mutual support” to partners and children alike. Unfortunately, it will come as no surprise to many women that, though the Global Ethic expresses ethical standards shared by the world’s religions, some religious leaders and laypeople object to this understanding of the family. Help!

Help? As the woman lay motionless in the courtyard, I waited and waited to hear sirens. No help ever came.

Help may not be far if, as the Global Ethic enjoins us to do, religious doubters about women’s rights look for sacred texts and scriptural commentary within their own traditions that point to what is already known and shared. Like the framers of the Global Ethic they will find language that expresses the duty “to resist wherever the domination of one sex over the other is preached—even in the name of religious conviction.”

Where then is lasting help to be found? Religious leaders throughout the world (most of whom, yes, are male) enjoy considerable trust, placed in them by their congregations and other members of society. By virtue of their positions, they wield the power of persuasion and have a rare capacity to shift consciousness in a new direction—if they wish. This month, people living in the United States celebrate women’s contributions to history and contemporary society. Sadly, women like the one beaten senseless under my hotel window are still compelled to call on men, especially religious leaders, to treat them, as the Global Ethic insists they must, with “mutual respect, appreciation, and concern,” and to demand other men to do the same.

I hope such help comes soon.