On May 21st the Parliament’s Executive Director, Rev. Stephen Avino, joined the Vivekananda Vedanta Society of Chicago and representatives of the world’s religions for the inauguration of the Home of Harmony, a new place for cultivation of the interfaith movement.

The inauguration kicked off with a peace walk led by a banner that read, “Come, Let Us Make This World a Heaven” and was followed by speeches inspired the theme of “messages of harmony” from their respective traditions delivered to over 300 attendees. Rev. Avino shared the following message:

In 1893, Swami Vivekananda said the he “fervently hoped that the bell that tolled this morning in honor of this convention may be the death-knell of all fanaticism, of all persecutions with the sword or with the pen, and of all uncharitable feelings between persons wending their way to the same goal.” I would like to think that Swami Vivekananda was right about that bell. That with that bell a movement began that led to the building of this home for harmony and a movement for peace. A movement that will eventually lead to the end of fanaticism and persecution.

You see: Freedom, human rights, and democracy are under attack all over the world today. Violence and hatred, like we saw last weekend in Buffalo, but also here in Chicago is an epidemic. This is why it is so important that places like this Home for Harmony are built as an example of a better way of life for us all. It is also why next year the theme of the 2023 Parliament is “A Call to Conscience: Defending Freedom & Human Rights.” We are all being called to build the world that Swami hoped for in 1893. We can make the world a better place. Please join us next year at McCormick Place. And again, Congratulations to all who conceived of and built this holy place that is being opened today.

As a visitor to the 1893 Parliament once said “All the joys of Heaven are in Chicago;  I wish I were sure that all the joys of Chicago are to be in Heaven.”

Home of Harmony is now part of that joy. 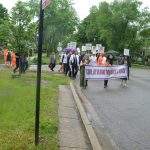 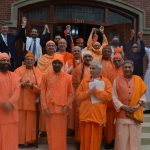 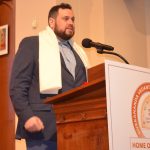 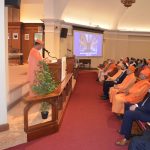 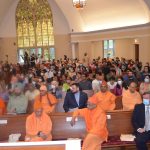