The 2021 Parliament of the World’s Religions features over 500 program offerings, including panels, workshops, art exhibits and musical performances from diverse peoples of faith, spirituality and conscience. Luminaries will be featured in one of the five plenaries, which will provide inspiration and hope through reflections on the Parliament’s theme “Opening Our Hearts to the World: Compassion in Action”.

The Parliament is thrilled to announce that author, religious scholar and teacher of mystic traditions, Andrew Harvey, and academic, politician and diplomat, Her Excellency Ms. María Fernanda Espinosa Garcés, are set to join the 2021 Parliament of the World’s Religions this October as featured luminaries. 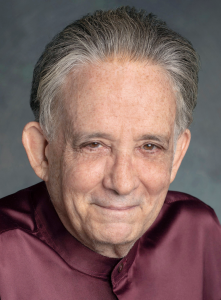 Andrew Harvey is a poet, novelist, translator, mystical scholar, and spiritual teacher who has taught at universities and spiritual centers around the world. He has written and edited more than 30 books, including the bestselling titles The Hope and The Tibetan Book of Living and Dying.  Harvey is Founder & Director of the Institute for Sacred Activism, an international organization focused on inviting concerned people to take up the challenge of our contemporary global crises by becoming inspired, effective, and practical agents of institutional and systemic change, in order to create peace and sustainability. 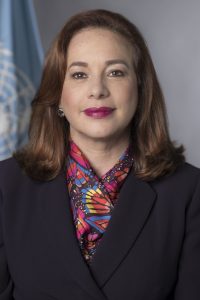 Her Excellency Ms. María Fernanda Espinosa Garcés is an academic, politician and diplomat with 30+ years of experience, including leadership positions within the Government of Ecuador (Minister of Foreign Affairs, Minister of Defense, and Minister of Heritage) and at the most senior level of the United Nations. Most recently, she was appointed to serve as the President of the 73rd Session of the United Nations General Assembly (2018/2019), becoming the fourth woman in history and the first from Latin America and the Caribbean to preside over this body since its foundation in 1945.

Don’t miss cultural, regional, and thematic features from global changemakers at the 2021 Parliament.